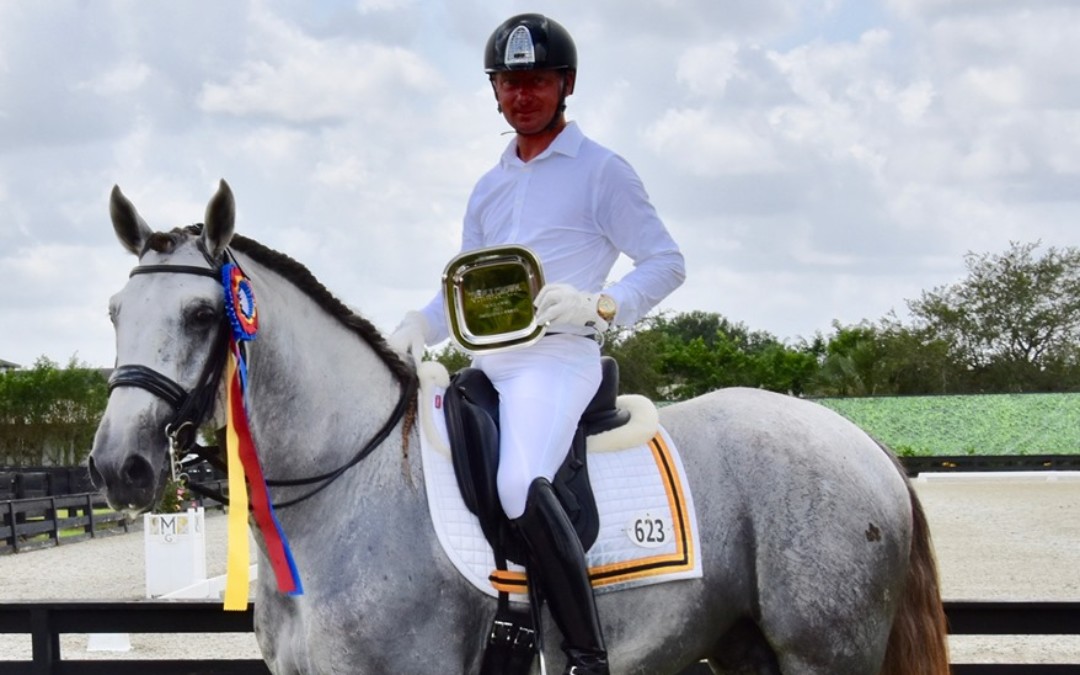 Winner at GCDA Made in the Shade 2019

Marcel and his gray stallion Friend Do Vouga had a great show this last weekend at the Gold Coast Dressage Association Made in the Shade August summer dressage show in Wellington, FL. Placing first on Saturday in the Prix St. Georges with a great score of 72.7% in front of judge Anne Cizadlo.  Coming back on Sunday in the test of choice they rode a lovely FEI Intermediate I test to place third in that class. The pair was also happy to win the Triple Crown Excellence award for the weekend. 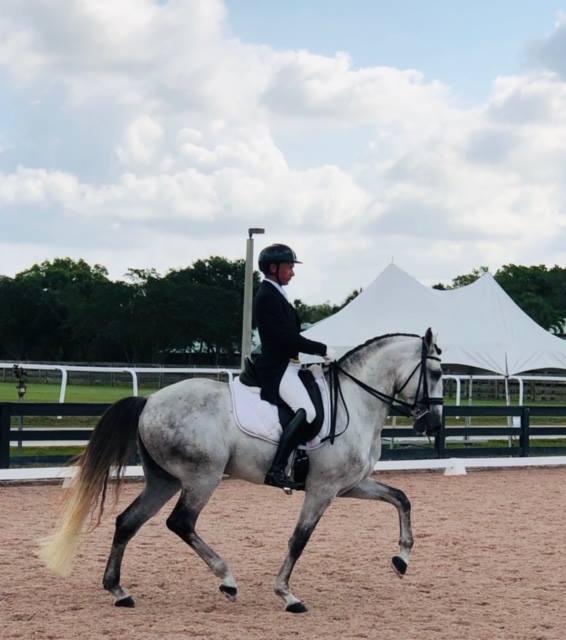 Winner at The Global Dressage Festival 2019

Marcel and Friend headed to the final Global Dressage Festival show of 2019 to compete in the Prix St Georges and I1 Classes. Its the first time together in the show ring for this pair and the PRE stallion was calm and focused putting down beautiful rides to win the Open PSG with a 70% and come in second in the I1 class. 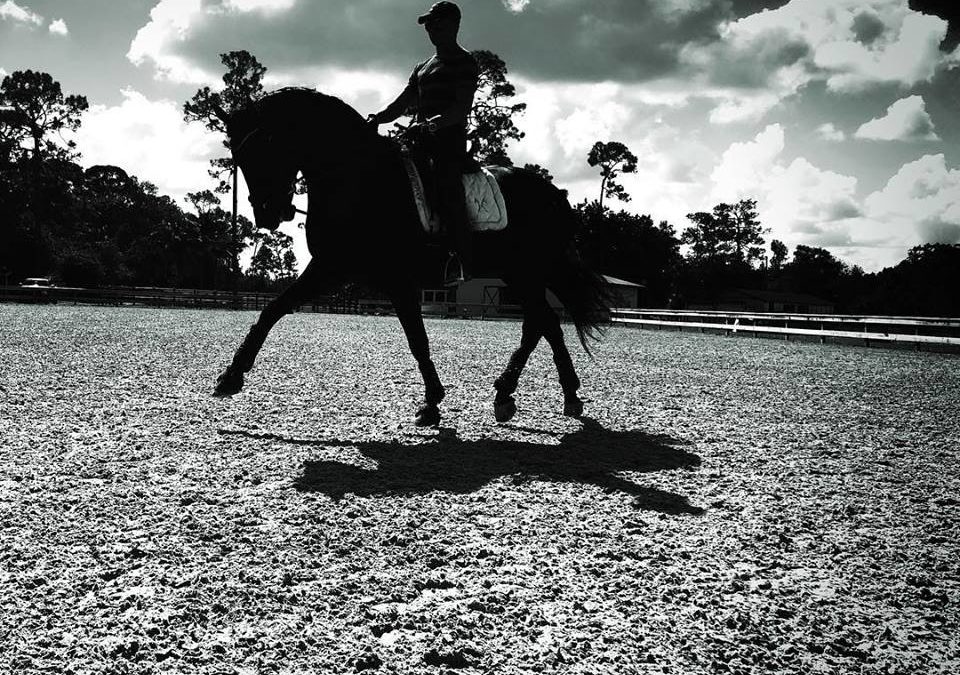 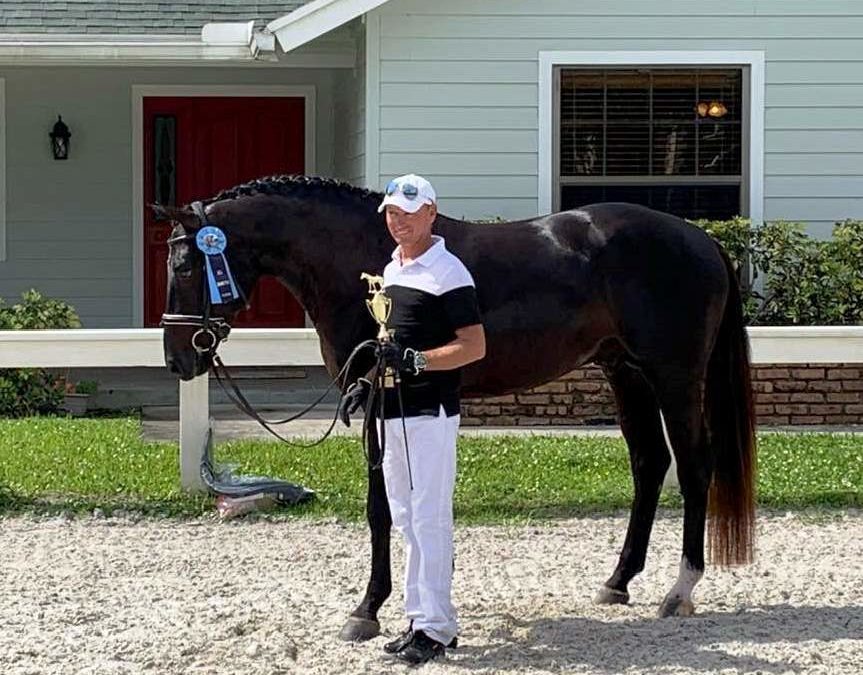 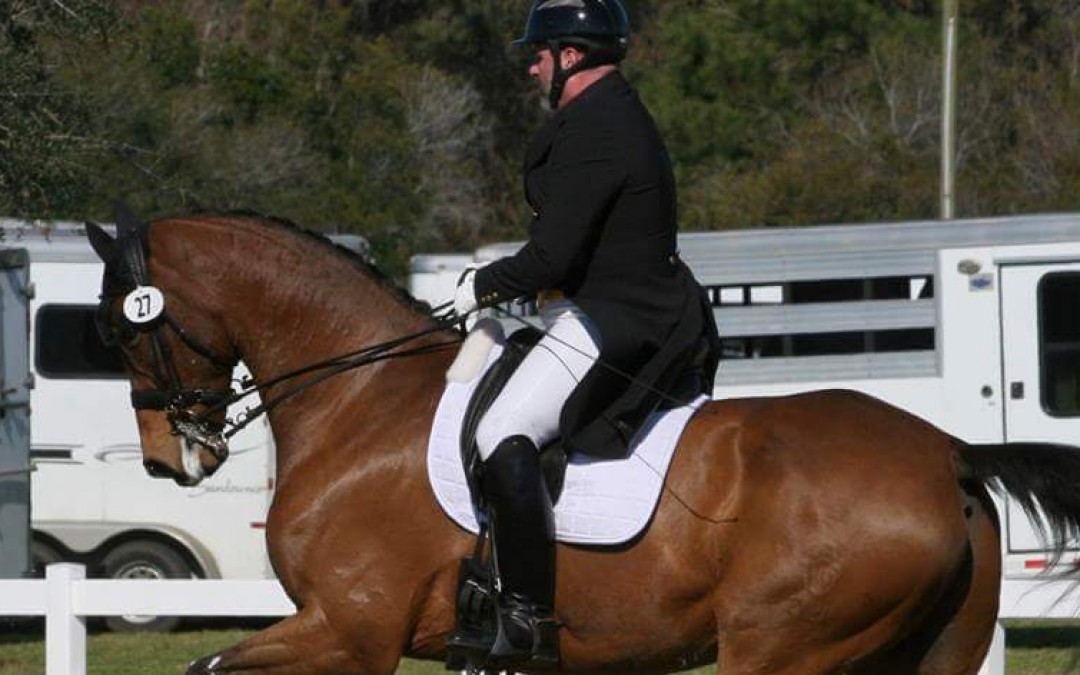 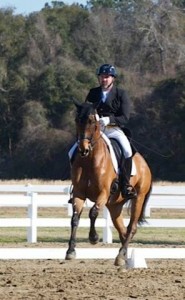 Congrats to Ronnie Trotter and Leandro on their USDF silver medal. We miss Leo around the farm but are thrilled to see him doing so well. Great work guys keep it up! 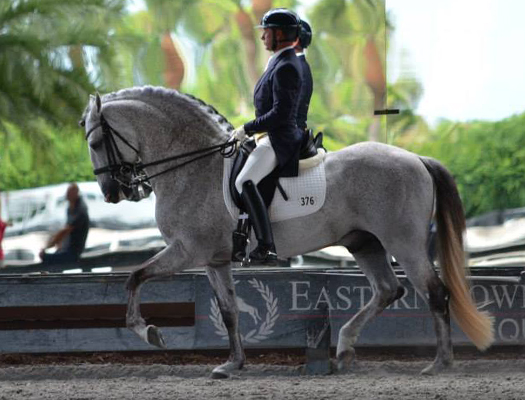 A New Partnership off to a Great Start 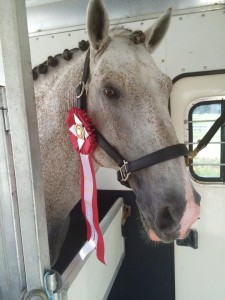 This past weekend Marcel was was thrilled to take his new FEI partner Vinho Dos Pinhais to the Gold Coast May Dressage Show in Wellington, Florida. This new partnership has been in place less than a month and while the two are still getting to know one another the results this last weekend were great. Marcel and Vinho placed second in the FEI test of choice with a 66.7% on Saturday and improved to a 67.6% on Sunday in the same class at Intermediaire I. Marcel and Vinho brought home second place honors on Saturday and third place on Sunday. Job well done for the new partnership, we can not wait to see how they do next time. 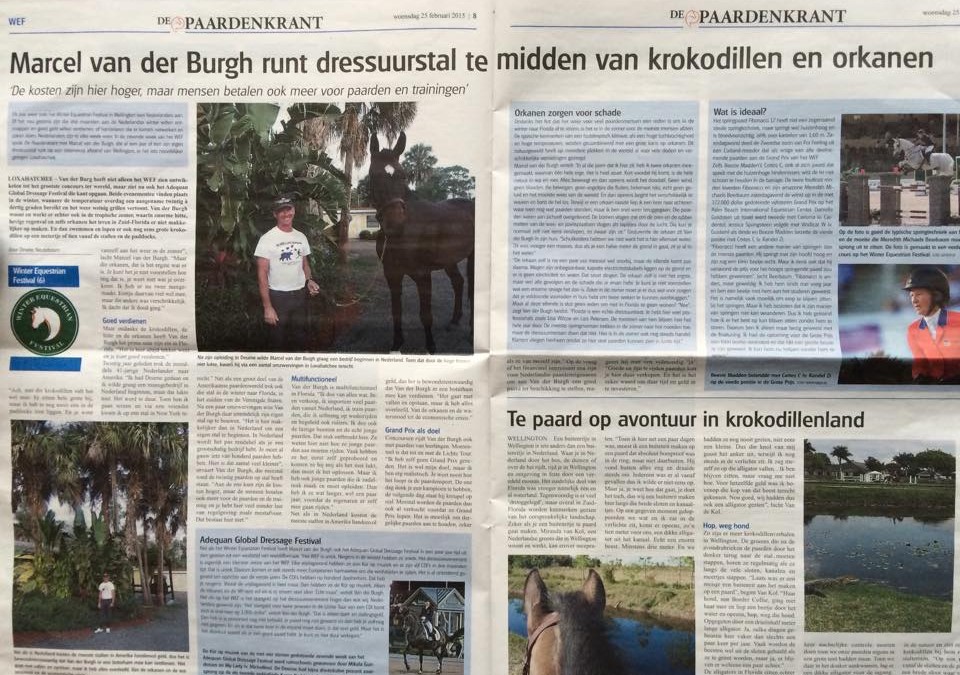 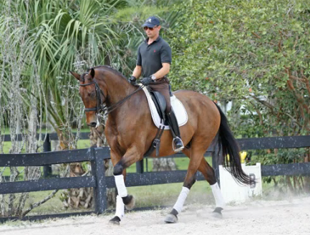 At the fourth annual Robert Dover Horsemastership Clinic, sponsored in part by Lendon Gray’s Dressage4Kids program this weekend in Wellington, FL young riders got the chance to ride with legendary dressage trainers Robert Dover, George Williams, Charlotte Brendahl-Baker and Laura Graves.  Many of the participants traveled from a afar and were unable to bring their own horses to the clinic, that is where generous local owners and trainers stepped up by supplying them with mounts for the  clinic held in the Van Kampen Arena at the Stadium at the Palm Beach International Equestrian Center from Saturday, Jan. 3 through Wednesday, Jan. 7.

Mattie Zepernick, 17, from Lafayette, Louisiana. Rode Leandro, an 11-year-old Westphalian gelding owned by Rebecca Reno and trained by Marcel Van der Burgh.  Leo is a barn favorite at Empire Marcel known for his goofy faces and sweet disposition. “He’s a really good horse but it’s been very hard for me to get used to him,” Zepernick said. “All my other horses are so forward thinking. It’s been very different but it’s been an amazing experience.” On Sunday Mattie rode with Dover and Saturday with Charlotte Brendahl-Baker in the clinic. “Marcel was so generous to lend him to me,” she said. “It was a little scary but I’m glad I had the opportunity.” 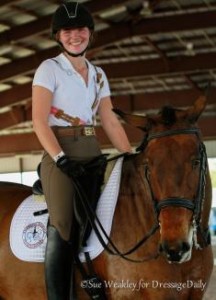 Van der Burgh said he wanted the horse to gain some experience and that it’s important for young riders in this country to get experience as well. “I think it’s important for me to be supportive of this group,” he said. “She did very well on a borrowed horse she didn’t know. She just flew in and didn’t even have a chance to ride him before!”

To check out the clinic schedule for the rest of the Robert Dover Horsemastership Clinic, click here. Auditors are welcome to attend and a daily $25 donation to Dressage4Kids is encouraged.

For a complete story on all the horses lent to riders at this event visit DressageDaily.com. 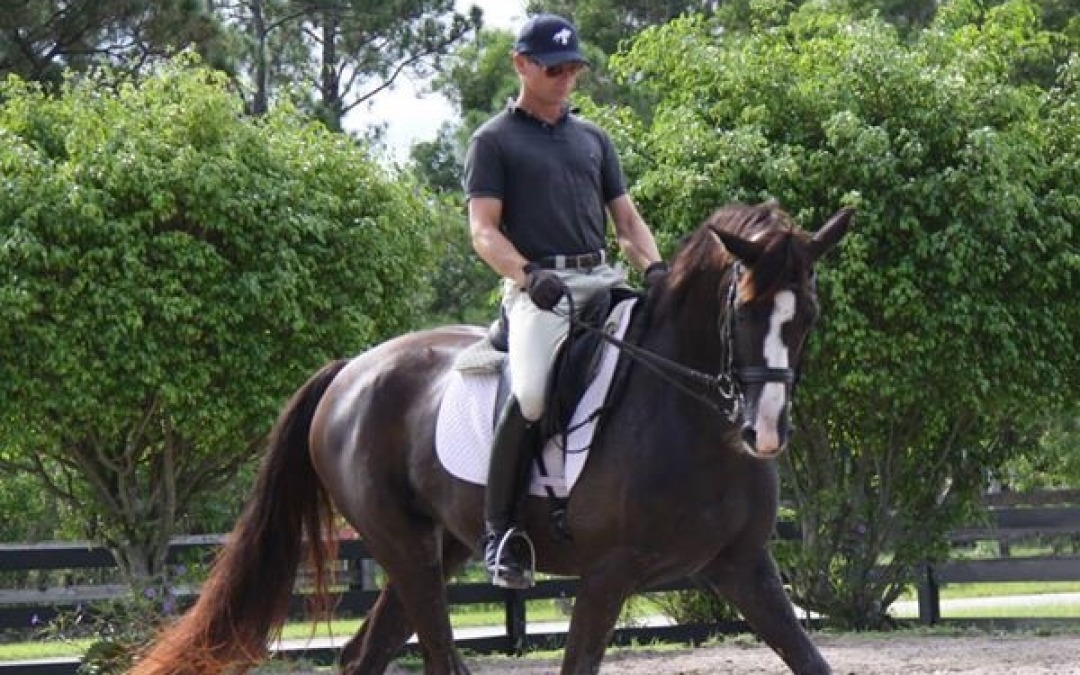 Empire Marcel is Looking for a Working Student

Empire Marcel is in search of a working student for the 2015 Winter Season in South Florida. Ideal position for an individual seeking to advance their dressage, horsemanship, and stable management skills.  The barn is an busy facility with sale and training horses as well as clients, the working student will be riding and working in an active but relaxed environment. Housing available on the farm in Loxahatchee, close to Wellington and White Fences. You will work closely with Marcel and horses that range from young prospects to the FEI level. Empire Marcel competes at most of the dressage shows during the winter season at the Global Dressage Show grounds, Jim Brandon and White Fences. 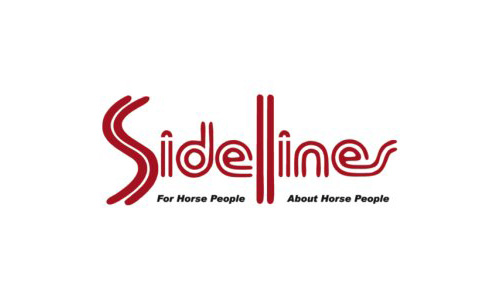 Marcel Van der Burgh and all the clients at Empire Marcel are thrilled that the amazing achievement of Lillian Floyd, one of Marcel’s clients, was celebrated in the December 2014 issue of Sidelines. Lillian just celebrated her summer of the vintage horse by completing 10 Century Rides!! See the full story below.  Way to go Lillian, can’t wait to see you back here in Sunny Florida this winter. 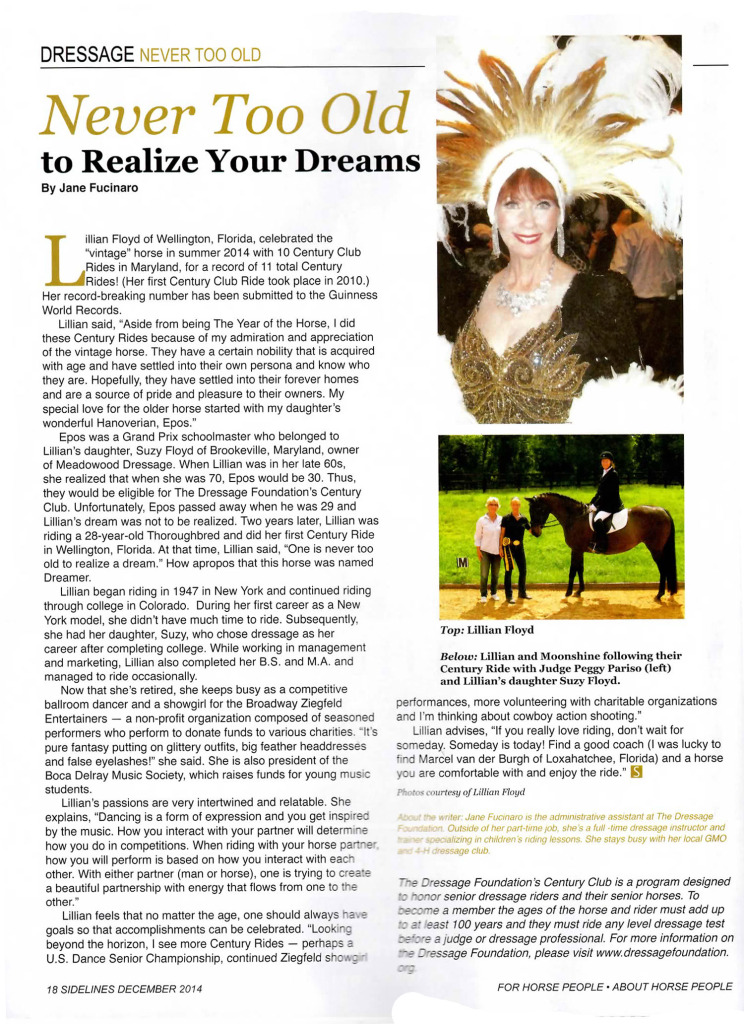 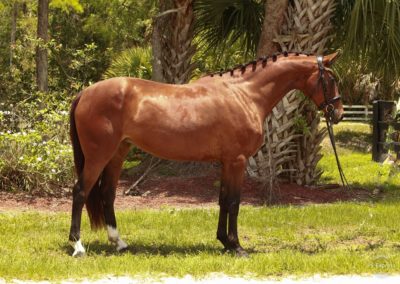